Hi, I decided to showcase some of the illustrator Junko Mizuno's works. Her work centers around fine art illustration prints as well as her own graphic novel and picture-centric book works (including some picture books), such as Cinderella, Hell Babies, Pure Trance and Little Fluffy Gigolo Pelu.

Her technique and characters are very interesting, combining the nostalgic sensibilities of extremely girly 70's manga/comics and girl/"pink" toy design (Rainbow Brite, My Little Pony) with a very dark story telling and character development. Though her drawings may look straight out of a 70s or 80s hasbro toy commercial, the stories she tells tend towards being very graphic & somewhat dark, but satirical as well. Light hearted Sex, death (murder), zombies, cannibalism, torture etc.

I think one of her strongest aspects is her character design. Her story telling is very good also- and she does both write and illustrate her works. She works in a variety of media, I know at least acrylic and digital. 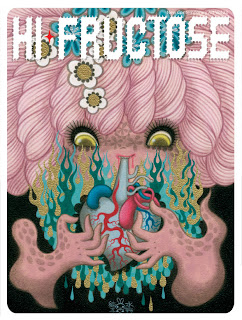 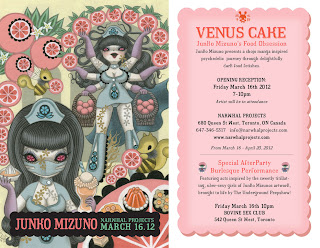 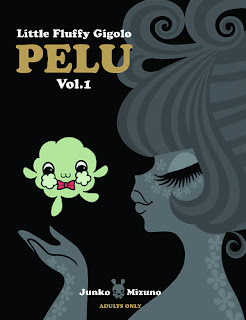 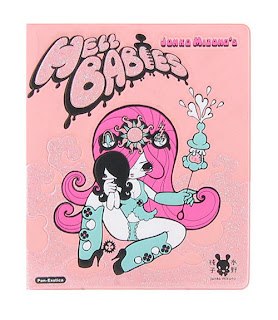 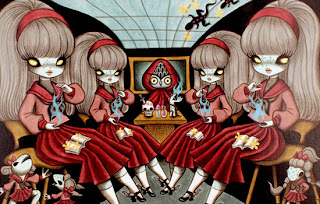 You can find out more about her work here: http://www.mizuno-junko.com/

Some of her works have also become toys! 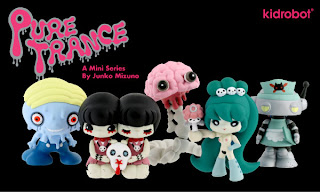 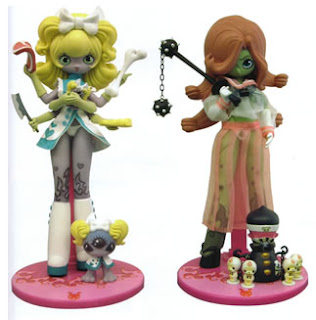 Here is a high-res scan of the comic book Pure Trance's cover and one of the inside spreads! :) 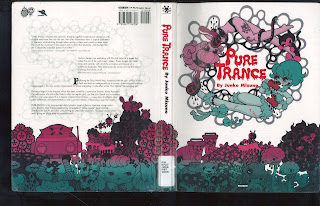 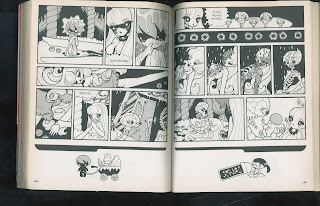